Here are a few important Rett Syndrome facts including causes, symptoms and Treatments. Read on to find out why the disorder mostly affects females and how AAC can help people with Rett Syndrome overcome communication challenges.

What is Rett Syndrome?

Rett Syndrome (RTT) is a rare neurodevelopmental disorder. For infants with Rett syndrome, the development is normal until the age of  6 to 18 months.The infants then go through developmental regression and lose their acquired abilities.
Communication difficulties are common in people with RTT. However, with adequate support and intervention using Alternative and Augmentative Communication (AAC), people with Rett Syndrome can manage their symptoms and learn to communicate better.

What are the Causes of Rett Syndrome?

The most common cause of RTT is a mutation in the methyl CpG binding protein 2 (MECP2) gene. The MECP2 gene plays a major role in the synthesis of Methylcytosine binding protein 2 (MeCP2). The brain needs MECP2 protein for its development. Moreover, the MECP2 protein also controls gene expression of other genes, regulating their protein production. It is important to keep in mind that all individuals with MECP2 mutation do not necessarily have Rett Syndrome.
Scientists are investigating other causes of Rett Syndrome. They have observed mutations in the CDKL5 andFOXG1 genes in people with atypical or congenital Rett syndrome. They are also considering partial gene deletion as a possible cause of RTT. Given that it is a genetic disorder, attempts are being made to identify other genes that may be responsible for RTT.

Rett Syndrome is often misdiagnosed or undiagnosed. So, researchers do not have the exact numbers of those affected. However, according to estimates, Rett Syndrome affects approximately 1 in 10,000 females worldwide. RTT is seen in males, but very rarely. Understanding the Rett Syndrome facts and genetic links will shed light on why the majority of those affected by RTT are females.
The MECP2 gene mutation, the primary cause of RTT is found on a person’s X chromosome. Females have two X chromosomes, although only one is active. So, the severity of symptoms in females with Rett syndrome is largely dependent on the percentage of the cells that have an X chromosome with the normal MECP2 gene turned off.
Males, on the other hand, have one X and one Y chromosome. So, if their X chromosome has the defective MECP2 gene, they do not have a back-up X chromosome. This means that although RTT is rare in males, symptoms in males may be more severe than in females if it occurs.

Despite being a genetic disorder, Rett Syndrome is not hereditary. In about 99% of the diagnosed RTT cases, scientists have found the mutation to be a random occurrence. The percentage of those with RTT inheriting the mutated gene is less than 1%. There are females in families of individuals with RTT who are asymptomatic carriers. They have the MECP2 gene mutation but do not have clinical symptoms of the disorder.

How to Diagnose Rett Syndrome?

The diagnosis of RTT involves close monitoring of developmental milestones. Decreased head growth can be a red flag, although it may be a sign of other disorders too. Taking a blood test can identify the MECP2 gene mutation. However, gene mutation alone is not enough for an RTT diagnosis. Doctors must rule out the presence of Traumatic Brain Injury, Neurometabolic disease, or infections before confirming RTT diagnosis. Here are the Rett Syndrome facts regarding the most common diagnostic criteria

What are the Signs and Symptoms of Rett Syndrome?

Hypotonia or loss of muscle tone is generally the first sign of Rett Syndrome. There is a range of symptoms, the severity of which can vary from person to person. There are four stages of Rett Syndrome and the symptoms present themselves differently in each stage.

Stage I generally begins between 6 and 18 months of age. A gradual slowing of development is noticed. This stage is called early onset and the following symptoms may be present but not be quite apparent.

Stage II typically begins between ages 1 and 4. This stage is called the rapid destructive stage. Common symptoms during this stage are

Stage III typically begins between ages 2 and 10. This stage is called the plateau or pseudo-stationary stage.
Most prominent symptoms are

Stage IV can last for several years. This stage is called the late motor deterioration stage, Prominent symptoms include

What is the Treatment for Rett Syndrome?

Currently, there is no cure for Rett Syndrome. So, treatment focuses on providing symptomatic relief and includes

How AAC Helps Those with Rett Syndrome

AAC is a vital part of the treatment plan for RTT because it helps people with Rett Syndrome manage their communication difficulties. Low-tech AAC such as picture boards or high-tech AAC such as communication apps helps in social interactions. Using AAC apps enables those with RTT to express their opinions and gives them the power of choice-making, thus improving their quality of life. 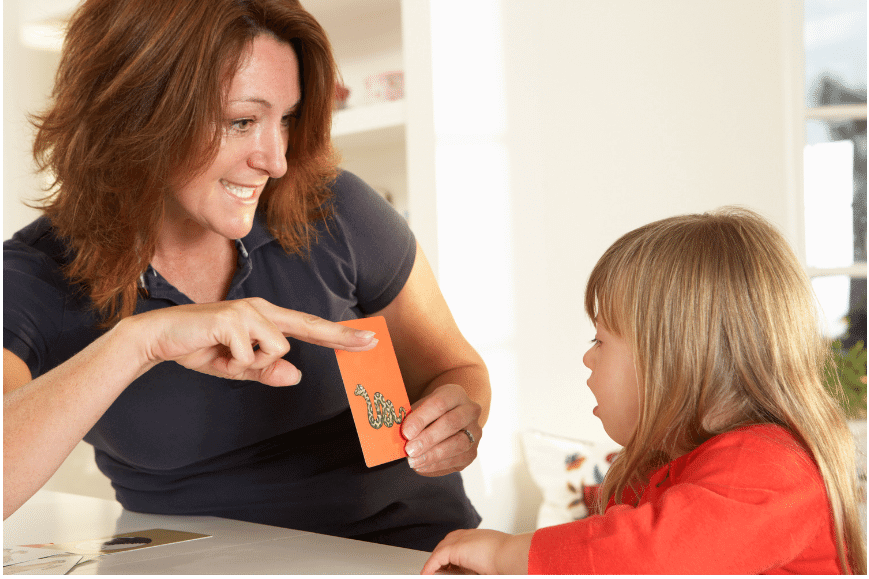 Many individuals with Rett Syndrome may have deficits in communication.…